This webinar will provide an overview of the major structural changes in TMS 402-22. One of the biggest changes was the introduction of compression-controlled sections in strength design. As a result of this the maximum reinforcement provisions were deleted except for beams and intermediate and special shear walls under in-plane loads. The basis for the provisions, the impact on design, and some design aids will be presented.

Other structural changes that will be covered include: definition of net shear area particularly for beams, anchor bolt steel strength changing from being based on yield strength to ultimate strength, an increase of the allowable compressive force for masonry in allowable stress design, a change in the partially grouted shear wall factor, and an increase in the allowable shear friction strength as well as a change in the nominal shear friction strength for shear span ratios greater than 1. 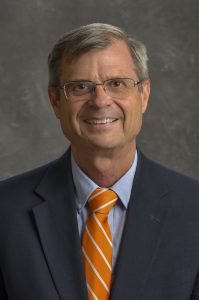 Richard Bennett, PhD, PE, FTMS, is a Professor of Civil and Environmental Engineering at the University of Tennessee, Knoxville. He has been active in the TMS 402/602 Committee, being chair for the 2016 cycle and 2nd vice chair for the 2022 cycle. For his tremendous efforts in leading the Committee, he received TMS’s President’s Award and was made a Fellow of the Society. He is co-author of the recent TMS publication Strength Design of Masonry and has also served as a co-author on the popular Masonry Designer’s Guide, TMS Responds, and other publications. His writing and work have been awarded with TMS Journal Paper Awards and an 11th North American Masonry Conference Outstanding Paper Award.